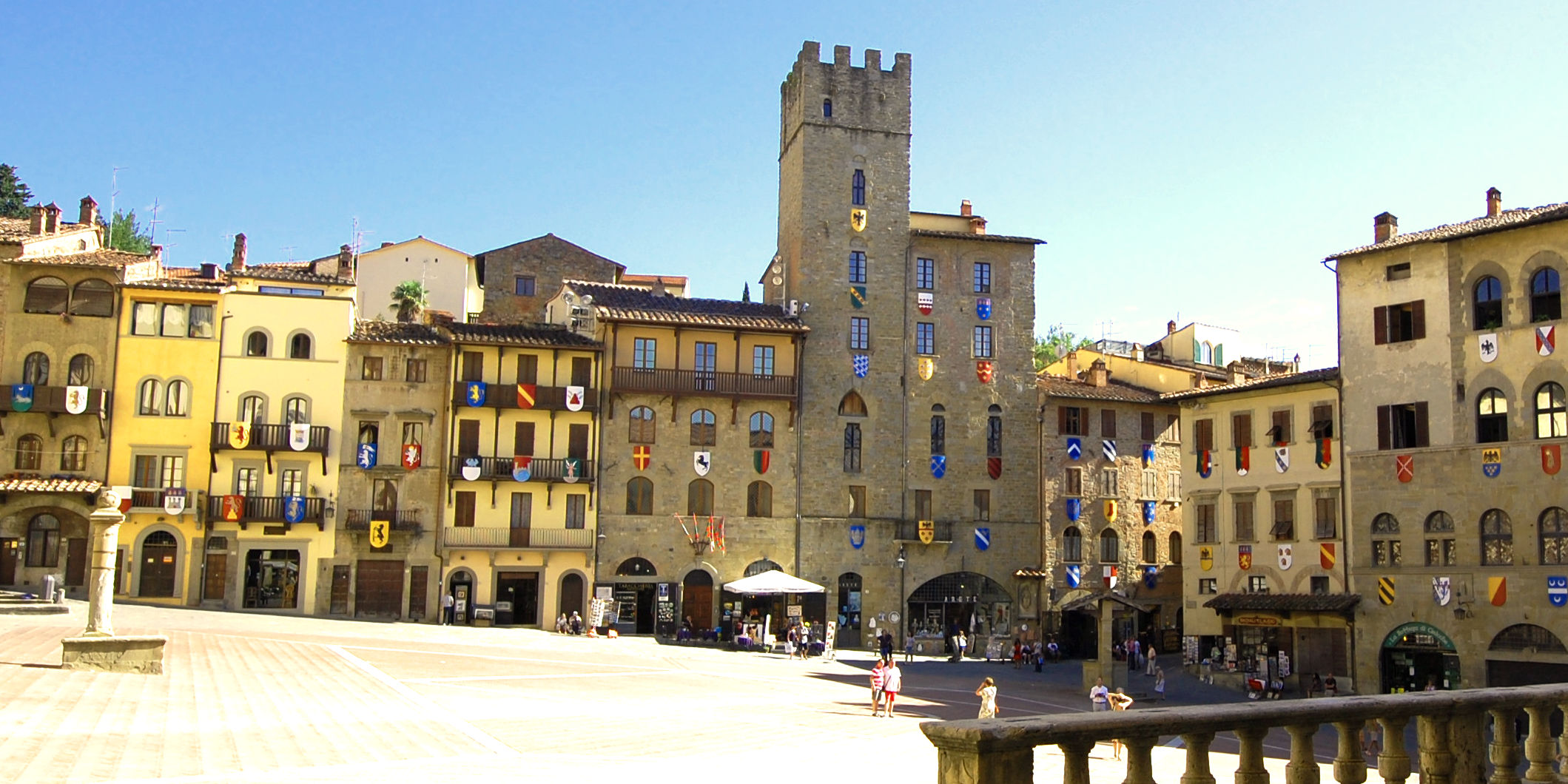 Guide Italy Tuscany Arezzo What to see in arezzo

What to see in Arezzo

One of the wealthiest cities in Tuscany due to its history in gold-smithery, Arezzo is a hidden gem for the European traveller; a beautiful and vibrant city steeped in rich art and architecture. Free of crowds and masses of tourists, discovering all that Arezzo has to offer will provide an authentic experience of Italian history that can be enjoyed at your own pace.

No visit to Arezzo would be complete without spending some time in the Piazza Grande. The square is a miscellany of Italian history, encompassing traditional, medieval and Renaissance architecture in one large and beautiful open space.

Bordered by towers, churches and palazzos, the Piazza Grande hosts Arezzo's famous antiques fair on the first weekend of every month, never failing to attract tens of thousands of visitors. The square is also the site for the Giostra del Saracino (or the Joust of the Saracens) – a medieval jousting contest between the city's eight districts, held in June and September every year.

The piazza boasts countless places to sit, relax and watch the world go by; like at one of the picturesque lounge areas under the Loggia del Vasari. There are also plenty of restaurants, cafes and bars to choose from – perfect for a midday pit-stop!

One of the most popular attractions in Arezzo is the Bacci Chapel of the Basilica di San Francesco (or the Church of San Francesco).

This modest medieval church is home to one of Italy's most celebrated pieces of Renaissance art: Piero della Francesca's fresco cycle illustrating The Legend of the True Cross.

These exquisite paintings focus on Empress Helena's believed sighting of Christ's true cross during a pilgrimage to the Holy Land – an extraordinary sight to see, and one that photos simply do not do justice.

If you do decide to visit the Church of San Francesco during your time in Arezzo, remember to book your tickets in advance as this is a popular attraction that often sells out.

Cimabue's Crucifix in the Church of San Domenico

Another must-see place in Arezzo is the gothic-style Church of San Domenico, located on the outskirts of the city centre.

The Romanesque church houses the famous wooden Crucifix painted by Cimabue, which is considered to be one of the masterpieces of the 13th century. This exceptional piece of art is the first of two crucifixes accredited to the Italian painter, and is well worth a visit on your trip to Arezzo.

The remarkable Piazza Grande is known for its unusual shape and for being built on a slope.

Piero della Francesca was called in to complete the decoration of the chancel after the death of Bicci di Lorenzo, the original painter. In 1452, at Bicci's death, only part of the vaulted room had been painted. Piero della Francesca painted the frescoes of The Legend of the True Cross in two stages, the works halted during 1458-1459, and completed in 1466.

This is a seminal work by Cimabue. Painted in 1268, Christ's body is more human and less divine than earlier depictions - the humanity of his plight is shown as his body arches, forcing his torso to raise against the cross. Blood pours from the wounds in his hands as his head falls to the side from fatigue and the physical reality of approaching death.