Medieval Tower for 4 with a pool in the olive grove

This house is sadly no longer available

Have a look below for related villas that might suit you instead.

It is in the nature of defense towers that they are impossible to sneak up on unseen; yet it is also true that they are a welcoming beacon as you approach. Seven kilometres before reaching its base, the Torre del Merlo stands high on the horizon and guides visitors to the medieval village it once protected and that now provides a charming taste of Tuscan village life for guests adventuresome enough to take up residence in this uniquely vertical accommodation.

Built as a lookout tower in the 14th century by the powerful Belforti family and eventually passed down to the French barons de Rochefort, its thick stonewalls withstood medieval enemy attack and offered protection to villagers during World War II bombardments. Restored and furnished in 1969 by Italian architect / designer Franco Albini at the request of wealthy industrialist/fine art collector Emilio Jesi, the tower rises 28 m., which means the furnished terrace atop the tower offers incredible 360 degree views of the surrounding countryside that stretches to Volterra to the east, the Appennini and Alpi Apuane mountains to the North and, on clear days, takes in a sliver of the sea and the island of Elba. 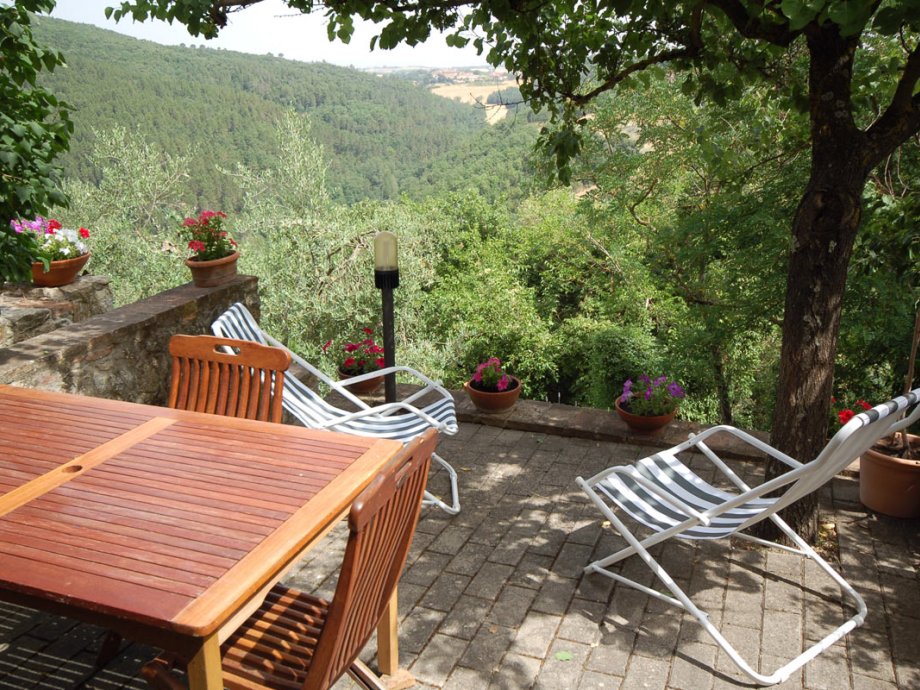 The Grape Vine
Sleeps: 4
italy, tuscany, florence
From € 135 per day